Being different doesn’t always equate to being better but in the case of the Bluegame BG72 it really does bring significant advantages.

Putting the IPS engines in a separate compartment under the deck of a vast stern platform not only leaves the rest of the hull free for a wide variety of accommodation layouts but also creates a spectacular beach club area to rival craft twice its size.

Under way it makes the perfect spot for storing an entire fleet of tenders and toys, while at anchor it transforms into the ultimate outdoor party zone with sunpads, seats and a hydraulic teak stairway descending into the sea. 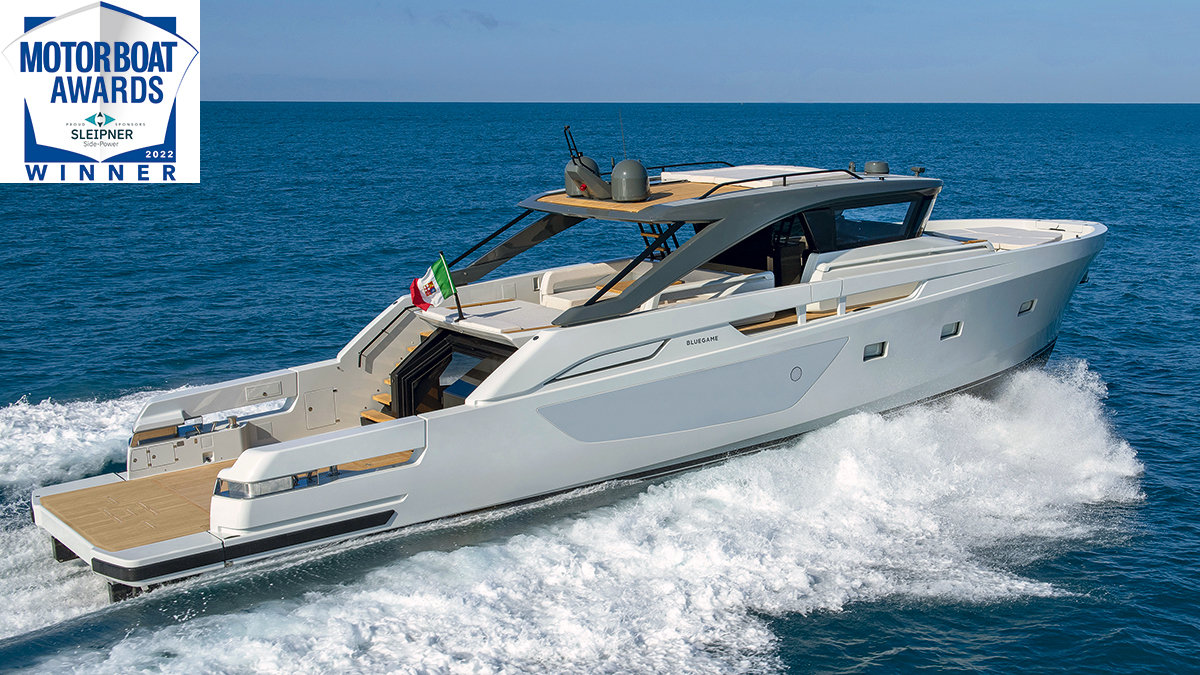 There’s more to the BG72 than just a clever aft deck, though. Those glass doors lead through into a water-level full beam space that can either be fitted out as a fabulous saloon with a view or as the coolest owner’s cabin you’ll find on any 72-footer.

A top speed of 31 knots and a range of over 800nm at 10 knots ensures this futuristic adventure yacht also has the performance to back up its purposeful looks, as well as the finish and build quality inherited from its parent company Sanlorenzo. Think of it as a kind of Range Rover for the sea and you won’t be far wrong.

Go to Top
We use cookies on our website to give you the most relevant experience by remembering your preferences and repeat visits. By clicking “Accept”, you consent to the use of ALL the cookies. However you may visit Cookie Settings to provide a controlled consent.
Cookie settingsACCEPT
Manage consent

This website uses cookies to improve your experience while you navigate through the website. Out of these cookies, the cookies that are categorized as necessary are stored on your browser as they are essential for the working of basic functionalities of the website. We also use third-party cookies that help us analyze and understand how you use this website. These cookies will be stored in your browser only with your consent. You also have the option to opt-out of these cookies. But opting out of some of these cookies may have an effect on your browsing experience.
Necessary Always Enabled
Necessary cookies are absolutely essential for the website to function properly. These cookies ensure basic functionalities and security features of the website, anonymously.
Functional
Functional cookies help to perform certain functionalities like sharing the content of the website on social media platforms, collect feedbacks, and other third-party features.
Performance
Performance cookies are used to understand and analyze the key performance indexes of the website which helps in delivering a better user experience for the visitors.
Analytics
Analytical cookies are used to understand how visitors interact with the website. These cookies help provide information on metrics the number of visitors, bounce rate, traffic source, etc.
Advertisement
Advertisement cookies are used to provide visitors with relevant ads and marketing campaigns. These cookies track visitors across websites and collect information to provide customized ads.
Others
Other uncategorized cookies are those that are being analyzed and have not been classified into a category as yet.
Save & Accept
Powered by